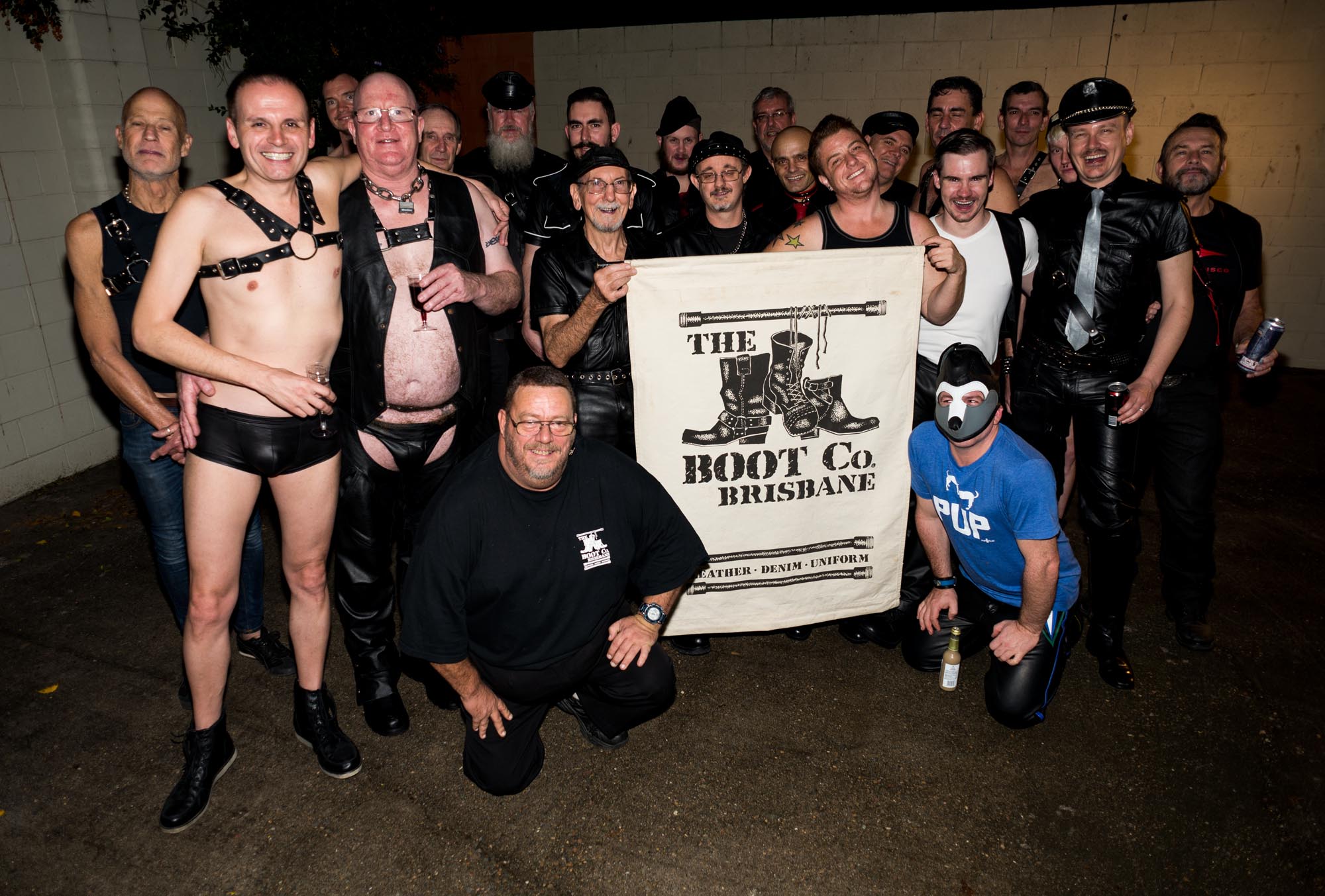 BootCo. Boys – Our Annual Leather Event took place this Saturday night the 13th June held at QPP. The night started with David welcoming our guest and acknowledgment of our traditional owners. The festivities commenced with a slave auction, where James once again was auctioned off, but this year both Max our current MQL and Anthony our president and MQL 2013 also took part in being auctioned off. 13 won Mr Smith while Deeje Hancock won Max. It was interesting to see the role reversal for both Anthony and 13.

As we all sat down for pumpkin soup prepared and cooked by 13, we watched the images of BootCo. on the big screen and relaxed to atmosphere and the smell of leather.

After the entrees, the Noel Lewignton award for community excellence was announced, and was presented to Deeje Hancock for his contributions to the community and BootCo. over the last 25 years, Brenton Larcombe was also called up and thanked for his assistance and all the support that their business Number 29 has provided to the association. Both Phil Brown and Graeme Jones previous recipients of the award were also present at the dinner and witnessed Mr Hancock lost for words.

This was followed by committee member Nathan Tremble donating a plaque to the association commemorating our contribution to the community for the past 25 years from 1990 to current date, which was lead by a toast by our current MQL Max honouring the work the club has done toasting to the 25-year anniversary and to brotherhood.

Mains followed with Italian style lamb shanks with creamy mash and green beans, prepared and cooked by myself (Chef Ben the current treasurer of the association). Not long after the mains, both Max and Matt talked briefly about their leather journeys as the clubs current titleholders, Max MQL and Matt (13) Leather Boy whom encouraged men to get involved. This was followed by a moving moment when Ben, Matt’s partner of 17 years talked about journeys, and finished up with proposing to Matt.

The night finished with a 3D shaped Boot Cake, and a brief history of leather and BootCo. presented by Tim Roberts current committee member and the boot co historian, who outlined that over the past 25 years BootCo. has donated approximately $50,000 back to its communities.

It is always a privilege to work with these awesome men who work hard, volunteering their time to deliver the many events Boot Co does for their members, I hope to see you all at Hell for Leather, and Corium. 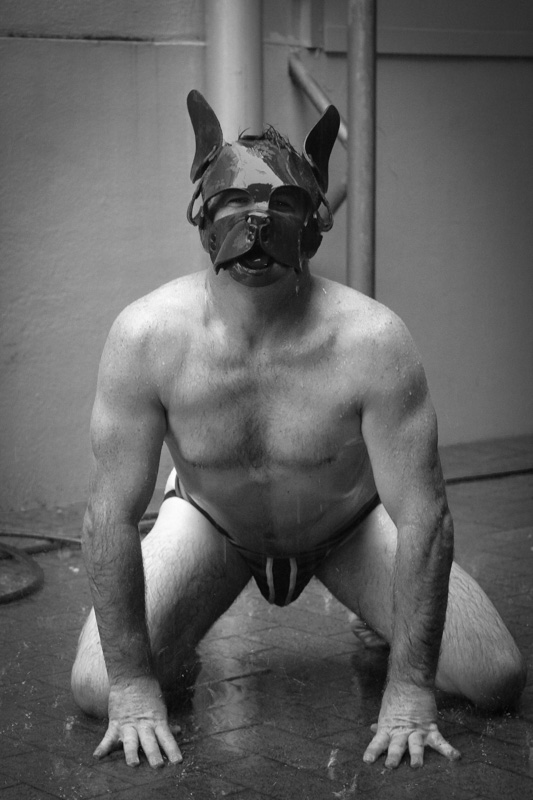 Opinion – Why A Collar Is Important 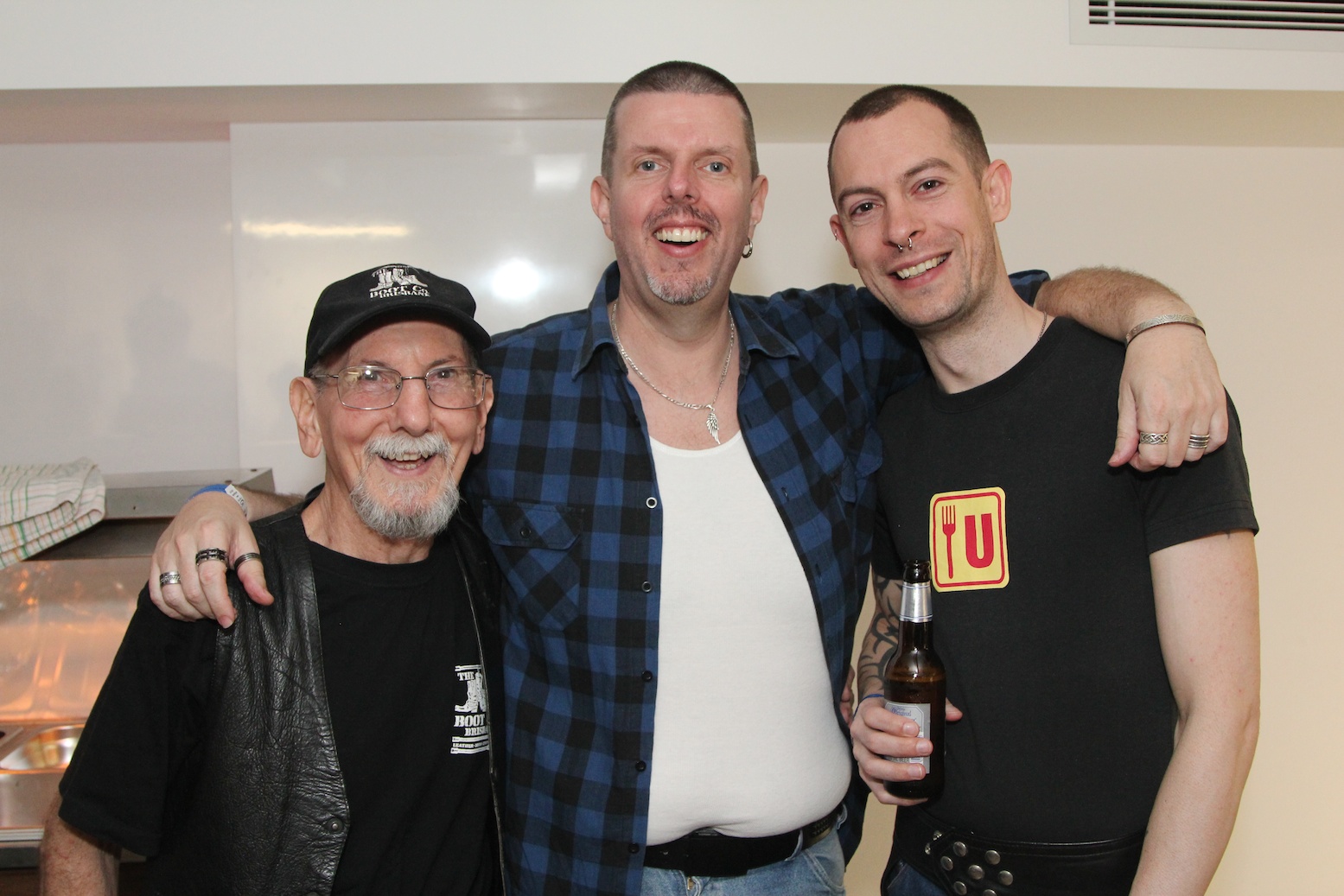 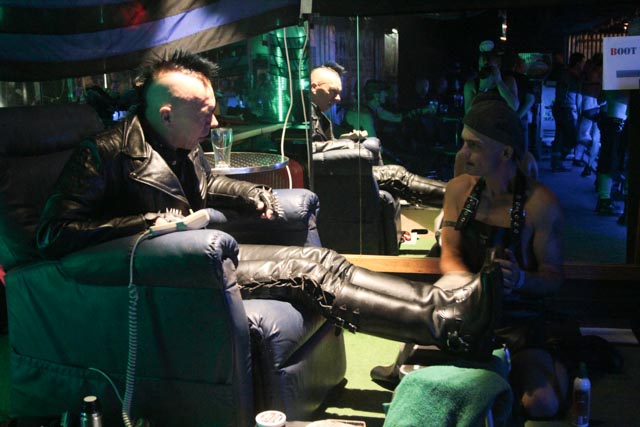 Opinion – From Monolith to Man: When Sir Becomes Human